One of my most long-term readers and favorite bloggers, the texpat is blogging every day for Lent. I think this is awesome for two reasons:

1. I love reading her blog. She's a (lovely) Texan living in Germany who does crafts and has a ukulele and is awesome.

2. It is not nearly as overwhelming for me to keep up with one daily blogger as it is to keep up with a zillion during NaBloPoMo. Also, I think a lot of you that have stopped blogging as often right now, perhaps due to the things you have given up for Lent. (Chocolate? Caffeine? Where have you gone, Internets???)

Anyhoodles, I asked her a bunch of questions today as though I were her new pen pal. I figured it might be fun to answer the questions myself here, since I sort of think of the Internets as my pen pal.

Do you like pets? Do you have any pets?
Yes, I like pets. I'm allergic to almost everything with fur, although I am usually fine with inside dogs as long as they aren't too licky (I break out in hives when I come in contact with dog or cat saliva, but that doesn't stop me from cuddling even the slobberiest of dogs). I have a dog, Bailey, and a betta fish, Valentino. There's a snail in Valentino's tank named Olive, but I don't really consider her a pet, because she's not very interactive. (She did once lay pink eggs when I added pink gravel to the tank. That was weird.)

What is your favorite season?
Fall, I think, although spring and winter really aren't bad in Texas. We get a lot of really nice weather seven or eight months out of the year. (Nice weather, to me, is anything that's not extremely hot or cold.)

What is one thing you *don’t* miss about Texas?
It's waaaaaay cliche to say this, but if I moved away, I would not miss the heat, especially in August and September, when it gets kind of extreme. I also wouldn't miss the fact that Texas seems to attract a lot of (sometimes very) crazy people.

Do you like silly gifts, sincere gifts, or monetary gifts best?
I like to give either silly or sincere gifts, depending on my relationship with the person. As far as receiving gifts? I don't really enjoy receiving gifts at all; it makes me feel awkward. Anything but gift cards is OK, though. I don't mind the idea of gift cards, but I'm not good about keeping up with them.

If you had to get a tattoo on your upper arm, what would you get and why?
I'm not a tattoo person (too distractible), so I don't know why I asked this question. I guess I would get something that l thought was pretty so that I didn't have to explain some sort of deeper meaning to every stranger that asked. Maybe some sort of vine/flowers (not all the way around) or maybe a curvy tree. 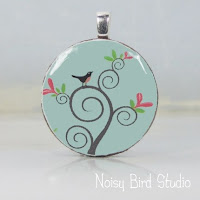 In other news, thanks for being my blog usability guinea pigs. I think you all had great comments and suggestions. I'm going to fix everything I can as soon as I get to a computer that isn't a laptop. (For some reason, I need a real mouse if I'm going to mess with computer code. Double monitors also help. Gosh, I'm a nerd.)

Hope you're having a wonderful day, Internets! Feel free to answer/ask any pen pal questions you think of, and definitely go check out the texpat.

P.S. As part of my blog redesign, I'm working on making new lists of bloggers/artists I love. I took down my old blogroll because half of the people on it either stopped blogging over a year ago or changed URLs. Don't feel unloved, Internets!
Posted by Jane at 10:37 AM
Email ThisBlogThis!Share to TwitterShare to FacebookShare to Pinterest
Labels: blogiverse awesomeness, Jane

Oh Jane
You are pretty much my most favorite person ever. :) I will answer these questions over the next few days!!! Also, I'll think of some penpal questions for you coming soon!!